Review: Under The Psycamore – I

Under The Psycamore – I (7D Media) 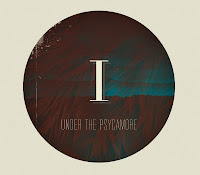 Swedish duo Carl Blomqvist (lead vocals, guitars) and Jonathan Greiff (drums, bass, backing vocals) are Under The Psycamore, a forward thinking, progressive pairing with a willingness to take on their influences but not to fall back on nostalgia or retro wistfulness. “I” is very much a 21st century recording with a defined contemporary edge that overpowers any individual stimulus. They sound in turn, sharp and angular, and yielding and supple; throughout Blomqvist’s guitar combines metallic riffing with acid shimmer to exceptional effect, but what impresses most are the swathes of misty, permeable sound, within which the duo steep their songs.

Recorded organically and relatively quickly, there’s urgency at play, a need to be heard that propels the material, though “The Owls (A.N.W.T.S.)” provides the gentlest of all starts. It teeters and teases, whilst the equally clipped “Beyond The Fire I” threatens to combust and consume, though its bluster is tempered and the fireworks are held back for later. They finally begin to unleash those energies on “Beyond The Fire II”, and there’s an undeniable sense of release. “Celestial” possesses an unsettling Sting-like quality, offset by some quite wonderful strings and the eight-plus minutes of “Garmonbozia” cements their reputation as new age sonic soldier-explorers, dividing and conquering their musical palette with ruthless strokes.
www.underthepsycamore.com
www.7dmedia.com
Phil S.