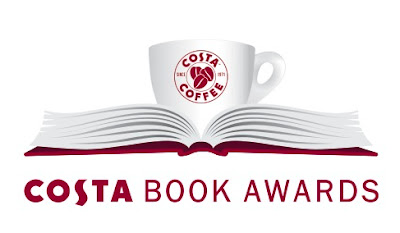 Hilary Mantel, James Meek, Stephen May and Joff Winterhart have been shortlisted for best novel for the Costa Book Awards.

The awards showcase published works from the last year.

Winners for first novel, novel, biography, poetry and children's book will each win £5,000 and will be announced on 2 January 2013.

The overall winner, who gets £30,000 for book of the year, will be revealed at a ceremony on 29 January.

Nominees have to be based in the UK or Ireland.

Since the overall prize was introduced in 1985, it has been won predominantly by novelists and poets, with Andrew Miller scooping it last year for his fictional story Pure, about an engineer named Jean-Baptiste Baratte working in a Parisian cemetery in the run-up to the French Revolution.

The winner of the inaugural Costa short story award, which is voted for by the public, will also be announced at the ceremony.

Voted for by the public, six stories will be unveiled on the Costa Book Awards official site two days before the ceremony, on 27 January.

Graphic works have been included in the shortlists for the first time this year.

Joff Winterhart's Days of the Bagnold Summer is mentioned in the novel category while graphic memoir Dotter of her Father's Eyes by Mary and Bryan Talbot in the biography list.

Winterhart is up against the 2012 Man Booker Prize winner Hilary Mantel for her book Bring Up The Bodies and they face competition from Stephen May for Life! Death! Prizes! and James Meek for The Heart Broke In.

In the poetry category, newcomer Sean Borodale has been nominated for his debut full-length collection Bee Journal. He is pitted against award-winning poets Julia Copus, Selima Hill and Kathleen Jamie.

JW Ironmonger, the author of The Good Zoo Guide, has been voted in the first novel category for The Notable Brain of Maximilian Ponder, alongside a former singer-songwriter Jess Richards for Snakes Ropes, Francesca Segal for The Innocents and Benjamin Wood for The Bellwether Revivals.

Costa took over sponsorship of the book awards in 2006, 33 years after it was established by Whitbread Plc.

To be eligible, books have to have been first published in the UK or Ireland between 1 November 2011 and 31 October 2012.

Three judges per category are in place to choose the winners out of a total of 550 entries.