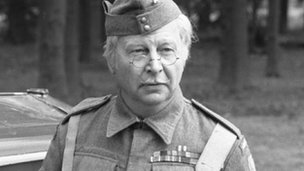 He was in Portugal and died from complications following an operation earlier this week.

Dunn - also known for My Old Man and Grandad - became a recording star in 1971 when his record, Grandad, reached number one in the charts.

He is survived by his wife Priscilla Morgan and two daughters, Jessica and Polly.