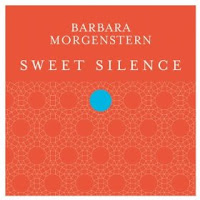 The sixth electronic-pop album from Berliner, Barbara Morgenstern, and for the first time she sings the all new collection of songs in English.

Morgenstern (a one time Robert Wyatt collaborator) sings deeply personal, almost diary-like observations, with a quality that could be likened to Joan Wasser (Joan as a Policewoman, Anthony and the Johnsons).

For the opening three tracks (“Sweet Silence”, “Need To Hang Around” and Kookoo”) her reflective vocals are aligned with perfectly formed melodic constructs which traverse influences across the past four decades of electronic music: the more pop-oriented German electro-pioneers, the ‘80s heyday of Depeche Mode and Yazoo, the Euro-dance ambience of Air and the avant-quirkiness of Laurie Anderson are all hinted at.

The highlight, “Jump Into the Life-Pool” balances its “cycle of life” lyrics to annular synth loops and, following its midpoint, gets heads, and legs, twitching.

The overall tone of the glossier second half – which includes guitar (“The Minimum Says”) and Rhodes Piano (“Auditorium”) positions itself somewhere which draws connections to both Jan Hammer and High Llamas, and closes with a near-orchestra of synthetic strings.
www.monika-enterprise.de
www.barbaramorgenstern.de
Willsk