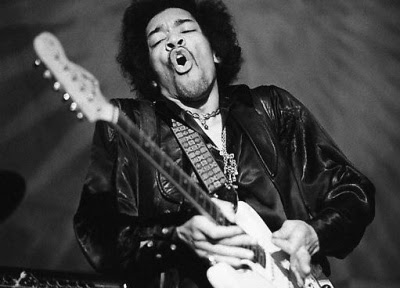 Twelve previously unreleased Jimi Hendrix tracks are to be released on a new album next year.

The late musician's website revealed the songs on People, Hell and Angels were recorded in 1968 and 1969.

It is thought Hendrix had intended them for First Days Of The New Rising Sun, his follow-up to Electric Ladyland, which he was working on when he died.

The album is due to be released in the US on 5 March, although a UK release date has yet to be set.

Hendrix's website said the tracks suggest "new, experimental directions", as he worked on material separate from the Jimi Hendrix Experience.

It added he explored "fresh diversions from his legendary guitar work", trying out horns, keyboards, percussion and a second guitar.

Hendrix is also about to hit cinemas around the world, with his set from the 1969 Woodstock festival released later this month.

It will be screened at more than 30 cinemas across the UK from 29 November to celebrate 70 years since the musician's birth.