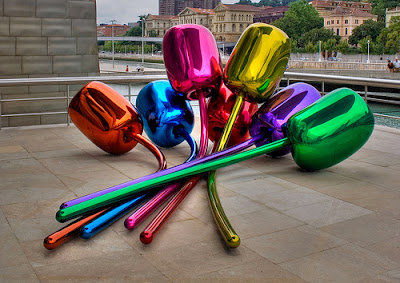 The US art season ended with a record-breaking sales total of $412m (£259.9m) for Christie's, with records set for works by 11 artists.

Christie's claimed the $412m figure was the most successful sale of post-war and contemporary art in history.

"Clearly there's an enormous amount of energy in the post-war and contemporary market. It's highly likely that we'll see a continuation of records being broken."

The previous day, rival auction house Sotheby's had staged its most successful auction in its history, taking $375m (£236m).

Basquiat started out as a graffiti artist before finding fame as a contemporary artist. He died of a heroin overdose in 1988 at the age of 27.