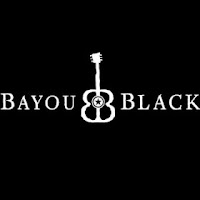 When it comes to convoluted histories, some bands put in a lot more effort than others. Bayou Black is one of those bands. Siblings Chris and Tony Kountoupis, and bass player Sevon Moore, all played together in Austin, Texas rock band Fauverdog. It was going well - they were gigging regularly, the Austin Chronicle gave them an award, but when the drummer departed, the band folded. The brothers formed a couple of other groups, played solo shows and generally kept themselves busy, until Moore came back on the scene in late 2007, and Bayou Black were formed. And now, to drag things ‘round full circle, Fauverdog drummer Jeff Brickley returned to Austin in 2010, and can be heard drumming here. Honestly, you couldn’t make it up.

So, the four-track “Strangled Up In Vines” EP is their debut recording, and considering their collective past, it must have felt like a long time coming. The brothers provide the compositions, and they write melodic pop-rock songs with no shortage of hooks and plenty of heart. Here they open with “The Bet”, a mid-paced acoustic number, with a cool, Paul Westerberg-esque edge, and a barbed chorus that’ll have to be surgically removed. “Ain't the Same” burrows just as deep, and “Evil Deeds” is even better; the sort of song, had it been written in 1965, would have become a garage band staple. As it is, it wouldn’t sound out of place on one of Not Lame’s acclaimed power pop compilations.
www.bayoublackmusic.com
Phil S.