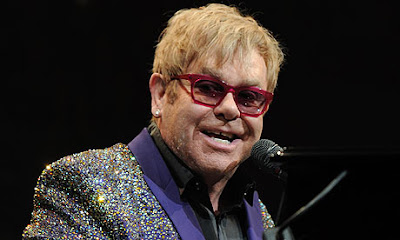 Sir Elton John has stunned an audience in Beijing by dedicating his show to Chinese artist and dissident Ai Weiwei.

At the concert on Sunday, the 65-year-old said the performance honoured Ai's "spirit and talent".

The noted sculptor, an outspoken critic of the Chinese government's stance on democracy, was detained for nearly three months without charge last year.

According to audience members, a murmur of shock rippled through the crowd at the tribute.

The Associated Press reported the reaction was in recognition that Ai remains a sensitive subject for the Chinese government, which exercises strict control over live performances.

Artists must submit detailed lists of songs, casts and crew members when seeking approval to stage concerts in the country.

Ai met Sir Elton ahead of the concert at the Wukesong Arena. He wrote on his Twitter feed, which has 180,000 followers despite being banned in China, "I super like him".

There was no mention of the singer's dedication to Ai in Chinese media reports, which are state-controlled.

Sir Elton performed in Shanghai on Friday and will do shows in South Korea and Kuala Lumpur later this week as part of a world tour.

In 2008, Icelandic singer Bjork caused controversy among fans in China by shouting "Tibet, Tibet" at the end of a concert in Shanghai.

It followed a performance of her song Declare Independence, which lead to even more scrutiny over government controls within the live music field.

Talk of Tibetan independence is considered taboo in China, which has ruled the territory since 1951.