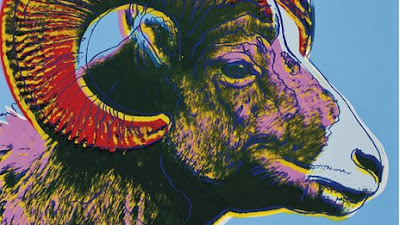 The auction featured photographs and prints, including Endangered Species: San Francisco Silverspot, which made more than $1.2m (£750,000).

Some of the works have never been seen by the public.

The auction was the first in a series of live and online auctions to raise money for the Andy Warhol Foundation for the Visual Arts in New York.

The Foundation said the sales would allow it to expand support of the visual arts, fulfilling Warhol's purpose in establishing it.

The organisation's president, Joel Wachs, said: "The new level of global access to Andy Warhol's work that this series of sales makes possible, along with the bolstering of our philanthropic base, makes this an important moment for the Foundation and indeed for the world of art."

The results of the first auction were also welcomed by the foundation's chairman of the board, Michael Straus.

"It has allowed us to increase our grant-making capacity at a time when the arts community needs support and has engaged an ever-expanding audience with the art of Andy Warhol," he said.