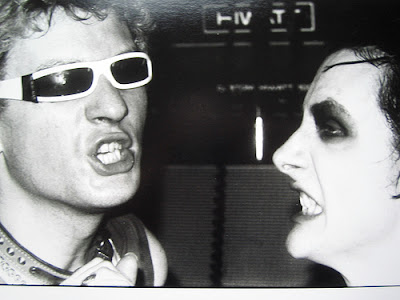 ZZ Top, The Damned and Lynyrd Skynyrd were among those honoured at this year's Classic Rock Roll of Honour awards in London.

The Damned were rewarded for their outstanding contribution to music, 36 years on from their recording debut.

The Damned, who released their debut record New Rose in October 1976, are often celebrated as the first British punk act to release a single.

The band - whose chart hits include Smash It Up, Love Song and Eloise - have endured repeated line-up changes and reunions over the last 40 years.

In the mid 1980s they adopted a Gothic look to match frontman Dave Vanian's vampire image and had success with songs such as Grimly Fiendish.

Vanian and guitarist Captain Sensible - who had his own successful if brief solo career - collected the band's honorary award at the Roundhouse in north London.

Other artists recognised at the ceremony included Motley Crue rocker Sixx, who was named Showman of the Year.

Canadian rock trio Rush were double winners at the event, taking the band of the year prize and the best album award for Clockwork Angels.

Lynyrd Skynyrd, who reformed in 1987 a decade on from the plane crash that killed three band members, collected the Comeback Award, while Pink Floyd won Reissue of the Year for Immersion.

The veteran rock outfit also picked up the Film/DVD award for The Story of Wish You Were Here, a documentary about the making of their classic 1975 album.