Museum of London wants to be home to Henry Moore sculpture 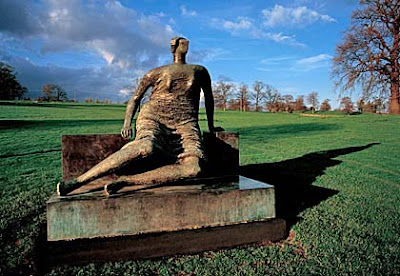 A London museum has said it wants to become a permanent home for a sculpture that has been put up for sale by Tower Hamlets Council.

The plans have attracted criticism from people including film-maker Danny Boyle and the director of the Tate Gallery.

Moore, a well-known socialist, sold the sculpture at a fraction of its market value to the former London County Council on the understanding that it would be displayed in a public space and might enrich the lives of those living in a socially deprived area.

Nicknamed Old Flo, it was installed on the Stifford council estate in 1962 but was vandalised and moved to the Yorkshire Sculpture Park in 1997.

In October this year, Tower Hamlets mayor Lutfur Rahman announced his decision to sell the sculpture.

He said: "It is with great regret that I take this decision but we are faced with a stark choice in these times of recession."

The Museum of London said it supported concerns "about selling great works of art".

Museum director Sharon Ament said: "The Museum of London's offer to put Draped Seated Woman on free, public display would enable everyone to enjoy and derive meaning from this significant artwork."

The museum said it had conducted a full risk assessment and given it to Tower Hamlets.

It was still awaiting a response from the authority, the spokesman added.