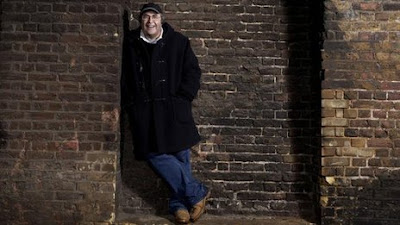 He will host the three-part discussion show, one of the channel's highlights announced for the forthcoming year.

Currently in its fifth series in the US, the show has achieved a cult following in the UK through DVD sales.

"To accompany this, the channel is taking a year-long look at comedy, with a drama from award-winning writer Nigel Williams about PG Wodehouse and films celebrating some of our oldest jokes, exploring what makes us laugh and showcasing some of our most popular comedians, from Richard Pryor to Simon Amstell," Klein said.

BBC Four has become renowned for its Friday night music documentaries on artists including Prince, Chas And Dave and Squeeze.

Klein said the channel's new album show, fronted by Baker, "won't be the top 10 that it usually is".

"It's not a list show. The principal point about the golden age of the album is to say: what is it that makes an album great? What are the qualities you need to have?"

Baker, who still broadcasts on BBC Radio 5 live, bowed out of his afternoon BBC London programme with a two-hour on-air rant earlier this month, after he learned from his agent that the show would be axed later this year.

The presenter hit out repeatedly at the BBC during the programme, in which he called his bosses "weasels".

BBC Four has had huge success with foreign dramas such as Wallander, The Bridge and The Killing, which returned for a third season on Saturday night with more than a million viewers.

Italian drama Inspector Montalbano will return after a second successful run, while fans will also get an insight into the Sicilian crimefighter's youth. 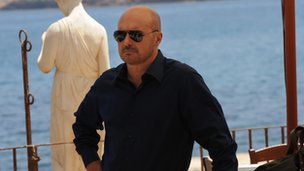 The prequel Young Montalbano, set in the early 1990s and also written by Andrea Camilleri, has already been a hit with critics in Italy.

Hinterland, a new detective series based in the coastal Welsh town of Aberystwyth, has also been commissioned. It stars Richard Harrington as DCI Tom Mathias, a brilliant but troubled man on the run from his past.

New drama An Innocent Abroad, starring Tim Pigott-Smith and Zoe Wanamaker, will tell the story of writer PG Wodehouse's fall from grace and how he became a pawn in the biggest propaganda battle of World War II.

Richard E Grant follows in the footsteps of artists who have lived, loved and painted on France's glorious Cote d'Azur in The Riviera: A History In Pictures, one of two new series exploring the history and art of France, while Dr Michael Mosley experiences Pain, Pus And Poison.

Other highlights include a Storyville biography of legendary performer and stand-up Richard Pryor, which has been authorised by his family.

Controller Klein also revealed that the BBC could drop its archive repeats of Top Of The Pops in the wake of the Jimmy Savile scandal.

The programmes have been screened since early last year but editions have had to be examined closely since revelations of Savile's abuse, with some shows dropped.

Klein said he had not yet come to a decision about whether to continue the programmes next year.

"At the moment we haven't actually scheduled 1978. We've only done it the last two years so if we didn't do it again it wouldn't be the end of the world, and audience figures have declined."

He revealed the BBC had decided that showing sex offender Gary Glitter "would be wrong" following a further arrest this month.

Klein added that it had become a complex process: "These are judgment decisions that we're making about what we think is right, and it's largely case-by-case and I think it requires us to be cautious and careful without overreacting, to take into account public sensibilities to take into account legalities.

"These are all judgements we have to make, and hopefully we're going to get it right."