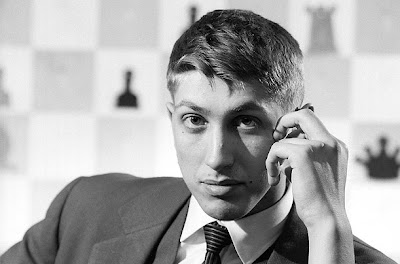 A film about troubled US chess genius Bobby Fischer has been named best cinema documentary at the Grierson Trust's British Documentary Awards.

Bobby Fischer Against the World looked at the rise and fall of the chess grandmaster and his death in 2008.

The prize for best series went to BBC Two's Protecting Our Children, which followed social workers in Bristol.

The awards, dedicated to Scottish director John Grierson, celebrated their 40th anniversary at a ceremony in London hosted by artist Grayson Perry.

Entries needed to have had their first UK screening between 1 May 2011 to 30 April 2012 in order to be eligible.

Bobby Fischer Against the World kept viewers "completely hooked from beginning to end", according to judging panel chairman Chris Harris.

"From relatively modest beginnings, the Grierson Awards are now truly international and rightly considered the documentary world's equivalent to the Oscars," said Dawn Airey, chairman of the Grierson Trust.

"The past few months have demonstrated more than ever the vital role factual film-makers continue to play in not only illuminating the world around us but also in exposing wrong doing and injustice."