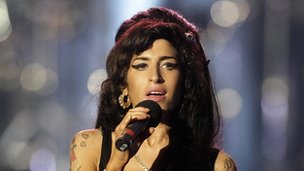 A play about the late singer Amy Winehouse set to debut in Denmark in January 2013 has been cancelled.

Amy, written by a group of 11 Danish playwrights, was due to open on 30 January in the 220-capacity Royal Theatre in central Copenhagen.

The singer's estate has blocked the use of her materials in the production, which had been given the green light by Danish copyright agency Koda.

Chris Goodman said the family never gave their permission to use her music.

Koda had previously granted permission for Denmark's Royal Theatre to perform the piece in the Red Room space.

Spokesman Nicolaj Hylten-Cavallius said: "We acted in good faith when we gave them the permission for the performance.

"We believed that the format, a theatre play, was okay. We were told by her father and the lawyers around him that we can forget all about the rights for the music, the photos, branding and everything."

Due to feature music from the singer's two studio albums Frank and the multi-Grammy-winning Back To Black, the company's production was based on interviews, acceptance speeches, concerts, Winehouse's letters and newspaper articles.

According to Koda, her father Mitch Winehouse gave no reasons for objecting to the use of any of her material. 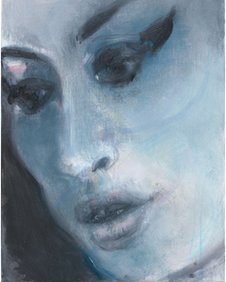 Meanwhile, a painting of Amy Winehouse has joined images of Sir Winston Churchill and the Queen on display at the National Portrait Gallery in London.

Amy-Blue by Marlene Dumas was painted shortly after Winehouse died from alcohol poisoning, at the age of 27, in July last year.