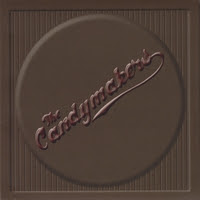 Leaning on the traditions of ‘60s Motown and Stax, together with the classic groove bands of the 1970s, The Candymakers make no secret of their desire to have some fun while making their music, and in turn, share as much of the joy as they can with their audience. I imagine live on stage, in front of an enthusiastic crowd, the Davenport, Iowa six-piece are damn near irresistible. It’s to their eternal credit that they’ve managed to transfer all that bustling energy into studio recordings, and their songs leap from the speakers like timeless productions by Frank Wilson and Steve Cropper.

At the moment the blues crowd have adopted them as their own, and they’re beginning to win awards in that category, though for me, it’s their soul side that marks them out from the crowd. Tracks like “Yet to Begin” and “No Music No Party” are bonafide floor fillers, and in Alan Sweet they’ve a singer with a voice which is powerful and utterly convincing. Which isn’t to dismiss their other attributes. When they err towards rock and blues, the remarkable “Mirror Don't Lie” is a prime example, they can be just as persuasive, and guitarist Bret Dale absolutely shines in this setting.
www.thecandymakers.com
www.reverbnation.com/thecandymakers
www.facebook.com/qcthecandymakers
Tony S.