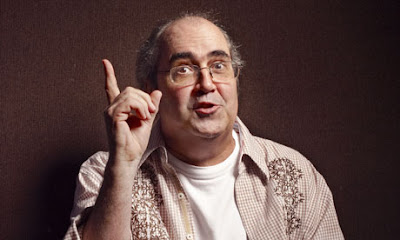 Danny Baker has been inducted into the Radio Academy's Hall of Fame, two weeks after the DJ hit out at BBC bosses on air when his BBC London show was axed.

Comedian Peter Kay presented Baker with the honour at a ceremony in Manchester.

The broadcaster told the audience there was "an almost surreal chasm between my perceived ability and the opportunity to actually perform it".

The ceremony was the finale of the Radio Festival, the annual industry conference.

Peter Kay described Baker as one of his comedy heroes and said he was a "joyous force of nature and an incredible broadcaster".

"He celebrates British eccentricities and the way we are and his show's amazing," Kay said. "I'm really gutted his show's been axed. It's scandalous."

Baker recently lashed out at the "pinheaded weasels" in BBC management who took the decision to cancel his daily afternoon show.

He told radio executives at the ceremony: "The only thing that would give me greater pleasure and be a bigger honour for me right now than to accept this magnificent award is if I could have said 'I can't be there, I've got to be on the radio'.

"That's a situation that's not going to resolve for a long time.

"There's plenty you could say about that and about the industry and about fear and the mistrust of an audience and the dialogue that simply exists between the person behind the mic[rophone] and the audience that really doesn't need a lot of interference along the way.

"But tonight is not the time or the place to do that, so I want to say thank you very much indeed."

He has also presented shows on BBC Radio 5 live and still presents a Saturday morning programme on the station.

The 55-year-old returned to the airwaves last year after receiving treatment for cancer.