US sues Apple and publishers over e-book prices... 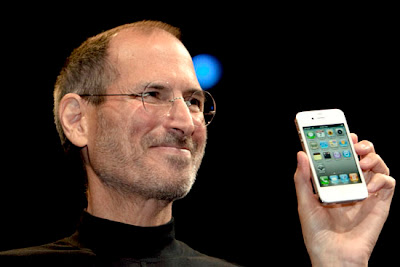 Technology giant Apple and major book publishers are being sued by the US Department of Justice over the pricing of e-books.

The US accuses Apple and Hachette, HarperCollins, Macmillan, Simon and Schuster and Penguin of colluding over the prices of e-books they sell.

This lawsuit is over the firms' move to the agency model where publishers rather than sellers set prices.

But Hachette, HarperCollins and Simon and Schuster have already settled.

The case will proceed against Apple, Macmillan and Penguin "for conspiring to end e-book retailers' freedom to compete on price", the Justice Department said.

"As a result of this alleged conspiracy, we believe that consumers paid millions of dollars more for some of the most popular titles," Attorney General Eric Holder said.

"To effectuate their conspiracy, the publisher defendants teamed up with defendant Apple, which shared the same goal of restraining retail price competition in the sale of e-books," according to papers filed in New York's Southern District court on Wednesday morning.

"Apple facilitated the publisher defendants' collective effort to end retail price competition by coordinating their transition to an agency model across all retailers."

Apple, which sells books through its iBooks platform on the iPad and iPhone, declined to comment.

Hachette said that it remained "confident that we did not violate the anti-trust laws" while adding it "reluctantly" joined the settlement.

But Macmillan's chief executive, John Sargent, said "the terms the DOJ demanded were too onerous" to settle and would allow Amazon "to recover the monopoly position it had been building before our switch to the agency model".

Apple, Hachette, HarperCollins, Macmillan and Simon and Schuster have now made proposals to settle that probe.

"I welcome the fact that these five companies are making proposals to reach an early resolution of the case, so promptly after we opened proceedings in December 2011," he added.

Electronic books are sold according to a different formula from that governing the sales of physical books.

For most physical books publishers set a wholesale price, often about half the cover price, and then let a retailer decide how much they actually want to charge for the title.

This model was initially adopted for e-books but has since been changed for what is known as an agency model.

Under this scheme, publishers set the price of a book and the agent selling it gets a 30% cut. The agency model was adopted by publishers largely at the prompting of the late Steve Jobs.

The shift to agency pricing was also seen as a protective measure to head off attempts by Amazon to corner the market in e-books. It had been aggressively cutting prices to win customers over to its Kindle e-book reader.

Amazon once tried to apply the wholesale model on book publishers - by selling all books at $9.99 - but was rebuffed by the publishers.

In the complaint, the Justice Department said that Amazon "capitulated" when publishers and Apple teamed up to offer e-books on agency terms.

The retailer faced the prospect of having fewer books on its Kindle platform if it did not agree to publishers' terms.

Apple founder Steve Jobs described the strategy as an "aikido move" according to a biography published after his death.

"We were not the first people in the books business," Mr Jobs told his biographer, Walter Isaacson, in the book.

"Given the situation that existed, what was best for us was to do this aikido move and end up with the agency model. And we pulled it off."

The lawsuit comes a day after Apple surpassed $600bn (£379bn) in value, affirming its position as the world's most valuable firm.