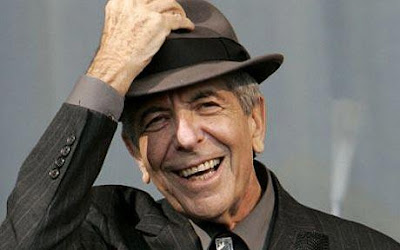 A Day at The Hop Farm
with
Leonard Cohen

Legendary Canadian songsmith Leonard Cohen has announced that his only UK show will be at The Hop Farm, Kent in September 2012.

Taking place on Saturday 8th September as part of his world tour, the exclusive show will be Cohen’s only UK date in 2012. The crowd will be treated to an ambitious set stretching to over three hours of the artist’s classic song, selected rarities and showcasing new tracks from his No 1 selling album – Old Ideas.

The show will take place at the Hop Farm venue in Kent, home to the Hop Farm Music Festival, which takes place earlier in the year in June.

Vince Power said: “To get the opportunity to bring Leonard Cohen to the UK for his only appearance this year is a fantastic and humbling achievement. He is one of the undisputed forefathers of modern folk music and has honed his craft for nearly half a century. We’re over the moon he’s decided to join us for what will be a truly memorable experience.”

A Day at The Hop Farm with Leonard Cohen will be an open air event.

Members of Leonard Cohen’s fan club have the opportunity to purchase advance tickets from 9am on Thursday 12th April. Tickets go on sale to the general public at 9am on Friday 13th April.