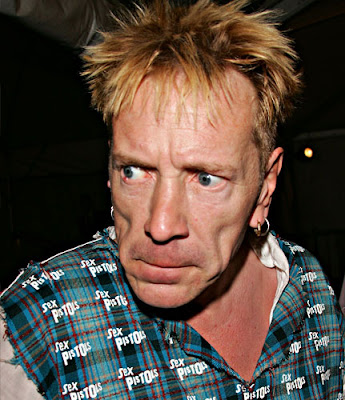 The Sex Pistols frontman John Lydon has said re-releasing the band's anthem God Save The Queen for the Diamond Jubilee "undermines" them.

On Monday it was announced the protest track would be re-released by record label Universal.

"I would like to very strongly distance myself from the recent stories and campaign to push God Save The Queen for the number one spot," the singer said.

"This campaign totally undermines what The Sex Pistols stood for," he added.

The track was originally released during the Silver Jubilee in 1977 and was subsequently banned by the BBC.

It failed to top the charts, peaking at number two, although the band's manager Malcolm McLaren later claimed the song had actually outsold the official chart-topper - The First Cut Is The Deepest by Rod Stewart.

"This is not my campaign. I am pleased that the Sex Pistols recordings are being put out there for a new generation, however, I wish for no part in the circus that is being built up around it."

The song, which featured a defaced image of the Queen on the original cover, featured controversial lyrics such as: "God save the queen / She ain't no human being / And there's no future / In England's dreaming".