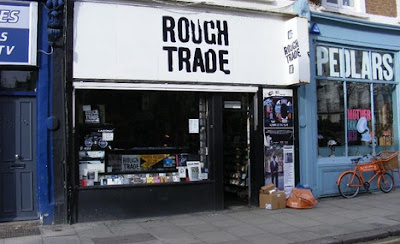 A new music chart, reflecting album sales in independent records stores across the UK, is to be launched, the Official Charts Company has announced.

The Record Store Chart will only take into account physical sales and the weekly countdown will be unveiled online every Sunday at 19:00 BST.

Independent retailers accounted for 4.4% of physical albums sold in stores across the country last year.

The first chart will be unveiled on Steve Lamacq's 6 Music show on Friday.

The announcement has been timed to coordinate with the 2012 Record Store Day celebrations on Saturday.

Figures for the Official Record Store Chart will be collated from stores such as Rough Trade, Eastern Bloc, Rounder Records, Rise, Jumbo, Sound It Out and Avalanche.

Lana Del Rey's Born To Die album has been the biggest-seller in record stores across the UK so far this year, followed by Leonard Cohen's Old Ideas and Adele's 21.

"We very much hope that the Official Record Store Chart will serve to harness the focus created by Record Store Day and help maintain it week in, week out, through the year."