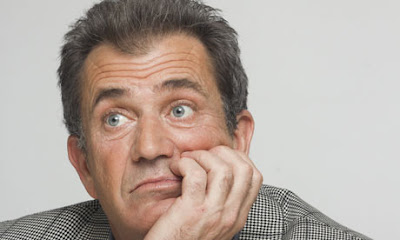 Warner Bros recently halted production on The Maccabees, which Gibson was due to direct, saying Eszterhas' script lacked "a sense of triumph".

In a letter to Gibson, the writer said, "the reason you won't make [it] is the ugliest possible one. You hate Jews".

The actor has called the accusations "utter fabrications".

Gibson's reputation has plunged since his arrest for drink-driving in 2008, during which he made anti-Semitic comments to the arresting police officer.

He later apologised for his comments, which he blamed on alcoholism.

In it, he accused Gibson of never having any intention to make the film.

"I believe you announced the project with great fanfare - 'a Jewish Braveheart' - in an attempt to deflect continuing charges of anti-Semitism which have dogged you, charges which have crippled your career," he wrote.

He also accused the actor of using offensive terms including "hebes", "oven-dodgers" and "Jewboys" to describe Jewish people during their time working together.

Eszterhas - who is best known for writing Basic Instinct - added, "I became increasingly worried that I'd made a grave mistake hooking up with you".

"I felt trapped. This was a project initiated by you. I couldn't legally or morally take it from you.

"I was hoping that the power of the story would overcome your anti-semitic prejudices."

Gibson responded to the allegations in his own letter, saying: "I would have thought that a man of principle, as you purport to be, would have withdrawn from the project regardless of the money if you truly believed me to be the person you describe in your letter."

"I guess you only had a problem with me after Warner Brothers rejected your script."

The actor added he still wanted to make the movie, just not based on Eszterhas' script.

"Both Warner Brothers and I were extraordinarily disappointed with the draft," he said.

"In 25 years of script development I have never seen a more substandard first draft or a more significant waste of time. The decision not to proceed with you was based on the quality of your script, not on any other factor."

The Maccabees was intended as a drama based on Judah Maccabee, widely revered as one of the greatest warriors in Jewish history.

He led the victory of the Maccabee Jews over the Syrian Greeks in 161BC. The success of the revolt is celebrated today by the Hanukkah festival.