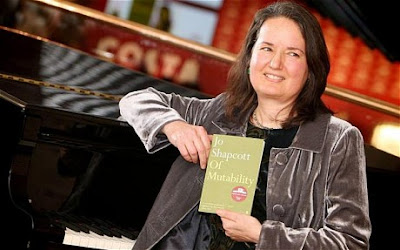 More than 20 writers are still needed for an event to include a poet from every nation competing in the 2012 Olympics and Paralympics.

The Poetry Parnassus will take place on London's Southbank at the end of June.

Organisers have already signed up 153 poets, with another 28 being confirmed, but still need writers from 23 countries including Mali and Liberia.

He fled the regime and now resides in South Korea.

The event, the UK's largest poetry project, is part of the London 2012 Festival.

The Poetry Parnassus will open with a Rain of Poems, featuring 100,000 bookmark-shaped poems to be released from a helicopter in half an hour, to be caught by a crowd waiting on the Southbank Centre's Jubilee Gardens.

Poets, spoken word artists, rappers and story-tellers will read their work in over 50 languages and dialects including Wolof from Gambia, Amharic from Ethiopia, Haitian Creole, Maori and Kazakh.

Another poet taking part is Kosal Khiev, a Cambodian refugee who fled to the US from a Thai refugee camp with his family in 1981.

At the age of 16, he was arrested in a gang fight and charged with attempted murder.

He was tried as an adult and sentenced to 16 years in prison.

It was there that he began to write poetry, something he has continued since his release in 2011, when he was deported to Cambodia.

"Eight months in (to my sentence), I looked at my face in the mirror and asked myself: 'Is this all my life amounts to?'," he told the BBC's World At One.

"From then on I strove for greater, bigger things and began writing," he added.

Members of the public were invited to nominate their favourite poet via a weblink - over 6000 nominations were received.

Anyone in the world could recommend up to three poets from any Olympic country, in order of preference.

The week-long event, which runs from 26 June to 1 July, will include readings, talks and performances.

"As London welcomes the world this summer, we look to art as an agent for social change and as a testimony to human inspiration," said Southbank Centre artistic director Jude Kelly.

"The world's poets are coming to Southbank Centre. It will be a glorious occasion," she added.

The centre's poet-in-residence, Simon Armitage, is also helping to organise the event.

The event is inspired by Mount Parnassus in Greece, which was said to have been the home of the Muses - the goddesses of literature, science and the arts in Greek mythology.