THE FINAL RECORDINGS OF WAYLON JENNINGS TO BE RELEASED 10 YEARS AFTER COUNTRY MUSIC ICON’S DEATH... 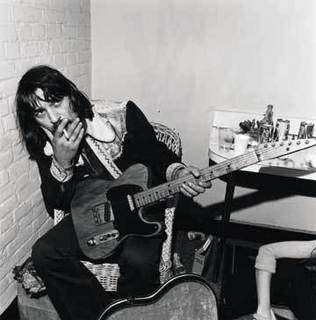 GOIN’ DOWN ROCKIN’:
The Last Recordings of Waylon Jennings
DUE SEPTEMBER 2012
ON SAGUARO ROAD RECORDS 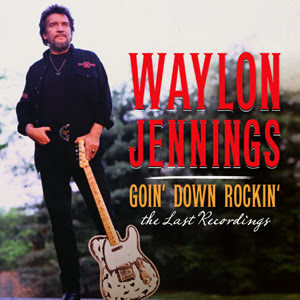 A new album from outlaw country legend Waylon Jennings will be released this September, filled with recordings the icon made during the last few years before his death in 2002. Jennings spent hours in a recording studio with his longtime accompanist, Robby Turner and together they laid down twelve tracks using just Waylon’s guitar and vocals and Turner’s bass. All songs were personally selected by the country star, ones that resonated in a deeply personal way and reflected his state of mind, his passions, and important statements he wanted to make about his life. The duo planned out the future instrumentation that would be added to the tracks, but Jennings was never able to complete them. 10 years after his passing, Turner returned to the recordings, finishing each song to honor Waylon’s vision of what would turn out to be his very last album. Bringing in musicians who had long worked with Waylon, such as Reggie Young, Richie Albright and tour mate Tony Joe White, Turner painstakingly created the album that Waylon set out to make. "Waylon knows he's surrounded by friends and all that hear this will feel as if they know Waylon in all his authenticity," explains his widow, country singer Jessi Colter. With his family’s blessing,Goin’ Down Rockin’: The Last Recordings of Waylon Jennings will be available on September 11 (Saguaro Road Records). No one has ever heard these performances before; they are Waylon’s last gift to his fans.
Saguaro Road Records’ Senior Vice President, Retail, Mike Jason explains, “I remember when Waylon was revolutionizing country music and when we heard about these recordings, I knew we had to have them. To me, this is classic Waylon music every bit as good as his ‘70s classics but his singing bears a vulnerable and deeply personal touch. Waylon still has many fans, but with these recordings I’m confident that we’ll introduce him to a new generation in the same way that Johnny Cash’s last recordings found him an entirely new audience.”

Jennings wrote 11 of the 12 songs that appear on the new album, a testament to the personal nature of the recordings, and they reveal an artist in the midst of a final creative peak. In addition to his own songs, the album includes Tony Joe White’s “Goin’ Down Rockin’” (on which White himself is a guest). In all, the album will feature eleven songs that have never been released before.

One of the all time greatest country music vocalists, Jennings was also the founder of the Outlaw movement, received two Grammy Awards, and multiple Country Music Association and Academy of Country Music awards. 11 of his albums hit #1 on the country charts, with 16 #1 singles. In all, 54 of Jennings’ albums have charted and more than 100 singles cracked the country and pop charts. He was inducted into the Country Music Hall of Fame in 2001.

Goin’ Down Rockin’: The Last Recordings of Waylon Jennings Tracklisting: