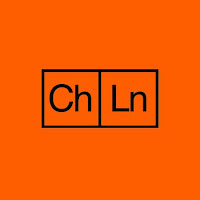 Chemistry Lane - November's Day Parade (Independent)
This is a mini-album from the Chester based band, who have been around since 2006, and have quietly been building upon their musical foundations ever since. This isn’t the easiest music to categorise, or decide where their influences derive. The crisp opener "Thunderpop" is aptly named, a tearaway, three minute rush of indie pop, that doesn’t, however, set the tempo for what is to follow. It gives way to a song that is the complete opposite; the sombre title track has some tidy guitar and electronica supporting the early vocal, and then a somewhat chilling TV (or radio) broadcast of President Kennedy's assassination embroiders this moody backing. It appears after a minute or so, and then disappears into the ether as a strong, urgent surge of music and voice carries the song forward. This may not be a particularly new idea, but it works here, and works well.

The melancholic feel pervades through "Strange Avenues" as well, a dark song that has reverb guitar and a calm and measured vocal take. There’s no hurry here now, and "Calm Blockade" continues this deep feel to the instrumentation, including some lovely cello, making it my favourite track, and I return to it time and again. The whole 24 minutes is wrapped up with an (almost) instrumental called "Burning Building (A Time For Burning Mix)", with a many-layered sound, somewhere between shoegaze and psychedelic, outer space territory. A vocal from a distant planet adds a human caress in the final third of the six-minute song.