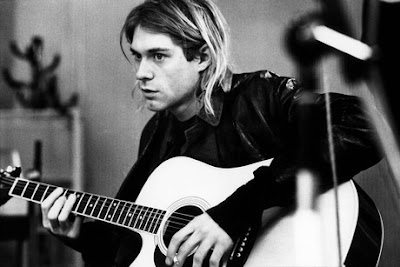 Nirvana frontman Kurt Cobain had been working on a solo album when he died in 1994, it has been claimed.

Eric Erlandson, who played guitar in Hole - the band founded by Cobain's widow Courtney Love, said he had heard some of the material.

"I was really excited about some of the stuff he was working on. That's why I was really sad when he died," he told US TV station Fuse.

Erlandson said he did not know whether the music would ever be released.

"I just wish something would come together. I think the fans would be a lot happier. If nobody ever hears those songs, except for like three people, then that's the way it goes.

"I heard some talk about somebody putting together some raw, rough acoustic thing," he said.

According to the musician, Cobain's album contained one cover record.

"I won't say what it is. I don't own the stuff. I just hope that one day it will be released for fans. It's just so heartbreaking. It's not surprising. It's a very sweet, just touching song."

Erlandson has just published a book called Letters to Kurt, which is based on his relationship with the star.

Nirvana's 1991 album Nevermind was the band's most successful record and spawned some of their biggest hits, such as Smells Like Teen Spirit, Come as You Are and Lithium.