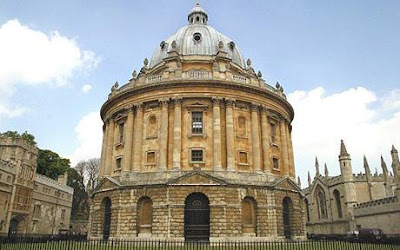 The two libraries announced the four-year project after receiving a £2m award from the Polonsky Foundation.

Dr Leonard Polonsky said his aim was to ensure researchers and the public have free access to historic and rare texts.

The three subjects were chosen "for the strength of the collections in both libraries and their importance for scholarship in their respective fields", a Bodleian spokeswoman said.

The libraries say the digitisation will "virtually unite" materials that have been dispersed between the two collections over the past few centuries.

Sarah Thomas, Bodley's librarian, said: "Transforming these ancient texts and images into digital form helps transcend the limitations of time and space, which have in the past restricted access to knowledge.

"Scholars will be able to interrogate these documents in fresh approaches as a result of their online availability."

Two thirds of the material will come from the Vatican Library and the rest from the Bodleian.

The University of Oxford's Bodleian Libraries form the largest university library system in the UK and includes the famous principal library, the Bodleian.

Founded by Thomas Bodley, it first opened to scholars in 1602 and its combined collections include more than 11 million printed items.

A large number of its early printed books (incunabula) and Greek manuscripts originate from Italy and the project will focus on digitising these.

The Vatican Library was founded in 1451 by Pope Nicholas V "for the common convenience of the learned".

It is a private institution not attached to a university or academic institution.

Many of the first books printed in Rome between 1467 and 1473 are still preserved in the Vatican Library, which also houses a copy of the entire Bible written about 1100 in Italy.

The Chancellor of the University of Oxford, Lord Patten of Barnes, said: 'We are very grateful to Dr Polonsky for his insight into the importance of widening access to the fundamental texts which have had a major impact on the development of civilisation.

"By making these collections available online we give the wider public access to a small, but significant part of the world's heritage.'"

Monsignor Cesare Pasini, the prefect of the Vatican Library, said: "Thanks to the far-sighted and generous support of the Polonsky Foundation, two of the oldest libraries in Europe will join forces in an innovative approach to digitisation driven by the actual needs of scholars and scholarship."