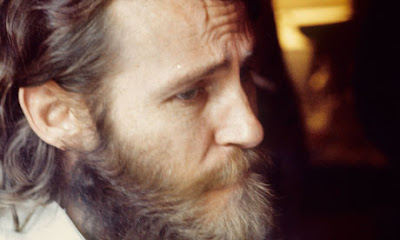 Levon Helm, singer and drummer for rock group The Band, has died of cancer at the age of 71.

The folk-rock musician died at a hospital in New York City surrounded by family, friends and band mates, said manager Barbara O'Brien in a statement.

His family said on Tuesday that Helm was in the final stages of his battle with throat cancer, which he was diagnosed with in 1998.

The Band debuted in 1968 with the album Music From the Big Pink.

They reached the height of their popularity in the 1970s, and had several big hits, including Rag Mama Rag and The Night They Drove Old Dixie Down.

Their last live performance was filmed by Martin Scorsese in 1976 for the film The Last Waltz.

The Band briefly reunited in the 1980s, and were inducted into the Rock and Roll Hall of Fame in 1994.

"He passed away peacefully at 1:30 this afternoon surrounded by his friends and bandmates," longtime friend and guitarist Larry Campbell told Rolling Stone.

"All his friends were there, and it seemed like Levon was waiting for them. Ten minutes after they left we sat there and he just faded away. He did it with dignity."

Helm also toured with Ringo Starr's All Starr Band in the 1980s and won multiple Grammy awards in recent years, including one in 2011 for a live recording in Nashville, Tennessee.

Born on 26 May 1940 in Arkansas, Helm's distinctive singing style and drumming skills helped drive the rock band to popularity at a time when many were moving towards a more psychedelic style.

The Band backed Bob Dylan during his electric tours in the mid-1960s and collaborated with him on another album, The Basement Tapes.