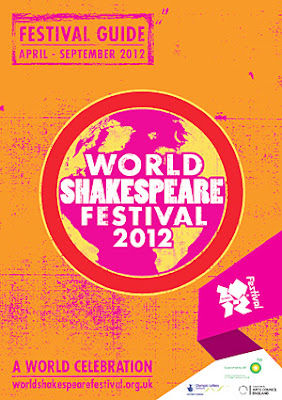 A festival that will see Shakespeare's 37 plays performed in 37 languages, from Swahili to sign language, has got under way in London.

The World Shakespeare Festival was officially launched on Monday, the anniversary of the playwright's birth.

It is the centrepiece to the Cultural Olympiad, the arts programme that ties in with the London 2012 Games.

It will feature King Lear performed in Belarusian, Hamlet in Lithuanian and Othello re-interpreted through hip-hop.

The multi-lingual performances are taking place at the Globe Theatre, the replica of Shakespeare's original theatre, under the banner Globe To Globe.

Globe To Globe artistic director Tom Bird said it was not difficult to follow the stories even if you did not speak the languages being spoken by the actors.

"What I've found from travelling around the world is that you get an incredible sense of what's going on in a show, even from the way people move on the stage and the things people wear," he said.

"What's surprised me more than anything is the way people have taken Shakespeare to their hearts all around the world.

Globe To Globe is part of the wider The World Shakespeare Festival, which is co-ordinated by the Royal Shakespeare Company.

It runs until November and will also feature performances in Stratford-upon-Avon, Newcastle, Gateshead, Birmingham, Edinburgh and at the Eisteddfod in Wales.