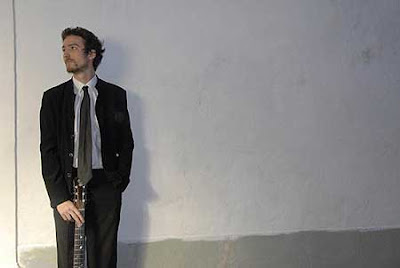 Following last Friday’s massive sold out headline show at London Wembley Arena; Frank Turner will embark on a full 18 date UK tour in November and December. To coincide with Record Store Day on 21st April Frank has also released a specially limited edition 7’ vinyl of his new AA single ‘I Still Believe’ and ‘Somebody To Love’.

Frank Turner has had an exceptional couple of years; a huge sold out 2011 UK tour culminating at Hammersmith Apollo, Main Stage sets at Reading and Leeds, winning two AIM Awards for Best Live Act and Hardest Working Act, a top 12 album ‘England Keep My Bones’ and his biggest headline show at Wembley Arena.

This year also saw general release of Frank’s ‘Second Three Years’ - a collection of live tracks, sessions, cover versions, b-sides and lost songs from the past three years. The collection features live recordings of the traditional folk song ‘Barbara Allen’ from Shepherd’s Bush and the show-stopping ‘Father’s Day’ from Union Chapel both in 2009; covers versions of Springsteen, Nirvana, NOFX and Flanders & Swann to name a few as well as session tracks from Radio 1 and the bonus tracks featured on the limited deluxe edition of ‘England Keep My Bones’.

This new tour see Frank go to all corners of the UK, with special guests to be announced soon. It’s going to be a corker!

“The singer-songwriter is finally graduating from a cult concern to a mainstream success.” Evening Standard 4/5

“For singer soon to headline Wembley Arena, Frank Turner has remained remarkably under the radar. That, you suspect is where the 29-year-old from Hampshire would be happy to stay. His fans, however are having none of it.” Times 4/5

Reviews of ‘England Keep My Bones’:

"The wonderfully titled England Keep My Bones' features some of the finest songs Frank has yet written." 4/5 Kerrang!

"One of the UK's greatest songwriting talents...these songs will be soundtracking many of our lives for years to come." Rocksound 9/10

"The high priest of protest song sings on." Evening Standard 3/5

"Four albums into his solo career..."folk punk" man looks poised for a breakout beyond his loyal following." Observer

"this is an exuberant yet quietly sophisticated triumph" BBC online