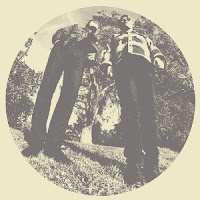 Ty Segall and White Fence – Hair (Drag City)
Ty Segall had served time in various underground San Franciscan bands before going solo in 2008, and White Fence (aka Tim Presley) are named after Los Angeles’ oldest street gang, and spawned from the city’s punk and hardcore scenes. For “Hair” the two bring together their collective indie / punk experiences and add a dose of ‘60s garage rock and druggy counter cultural ethic into the mix. Their corrosive brand of stoner DIY psych could be suitably placed alongside notable ‘90s bands, such as Nikki Sudden and the French Revolution and early Flaming Lips.

Seemingly it’s an LP of two halves. The first part is led with Liverpudlian psych inflected vocal styling (striking a Beatles or Real People bell) with “Time” setting out the stall with its acoustic strumming and hazy-lazy vocals before “I am Not a Game” locks into a twisted groove. Midway through “The Black Glove / Rag” there’s a change of tone and the pitch is muddied with a “fuck everything” nihilism and aggression, “Crybaby” rocks with a “Ramblin’ Rose” riff and the noisier freak-outs of “Scissor People” and “Tongues” draw the happening to a close.
www.ty-segall.com
Willsk