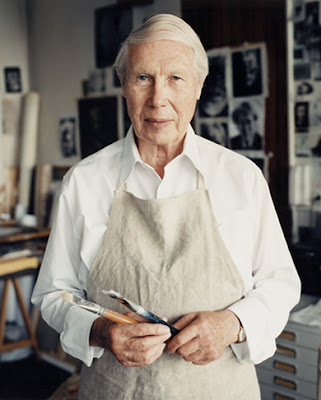 One of Ireland's most renowned artists, Louis le Brocquy, has died at his Dublin home at the age of 95.

The painter had been ill for the past year.

"His works, including the tinker paintings, broke new ground and opened dialogue around the human condition and suffering," he said.

"Through painting, tapestry and print, Louis le Brocquy has provided us with individual works and collections that give the insight and response of an artist of genius to Irish history, culture and society."

A self-taught artist, Mr Le Brocquy is survived by his wife and two sons.

Mr Higgins said both he and his wife Sabina were deeply saddened to hear of the artist's death.

"Today I lament the loss of a great artist and wonderful human being whose works are amongst this country's most valuable cultural assets and are cherished by us all," he said.