The Proclaimers: album and tour... 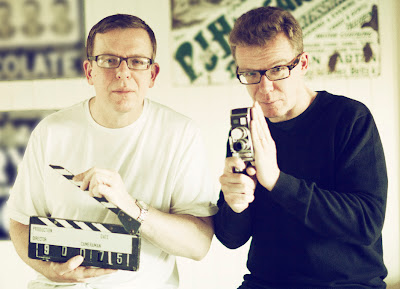 THE PROCLAIMERS
The Proclaimers, Craig & Charlie Reid, celebrate their 25th Anniversary with the new CD 'Like Comedy'
Cooking Vinyl, released May 7, 2012.
First single, Spinning Around In The Air, April 30, 2012
UK festivals this summer; UK tour in the autumn

Since coming off the road in the summer 2010 after a 15 month world tour, Craig and Charlie Reid spent a year writing, subsequently recording their ninth studio album, Like Comedy, in September 2011 in Bath with producer Steve Evans at the helm.

The Proclaimers will have a busy summer in the UK and Europe, including headlining the Hebridean and Big Tent festivals in Scotland, the Cambridge Folk Festival and main-stage appearances at the V Festivals.  October and November will see a 28 date UK tour.

As well as writing the script, Matt Lucas has made his director's debut on the video for the single  'Spinning Around In The Air' (UK release 30th April).