'Lost' Beatles concert to be screened in America... 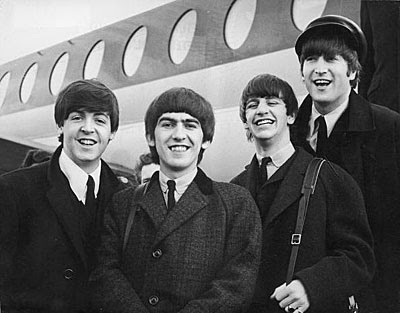 Rare footage of a Beatles concert lost for 48 years is to be given a limited screening in the United States.

The half-hour set - filmed at the Washington Coliseum in 1964 - was the band's first full US gig.

The concert, featuring performances of She Loves You and Twist And Shout, forms part of a 92-minute documentary entitled The Beatles: The Lost Concert.

The film, which includes an interview with Chuck Berry, premieres in New York's Ziegfield Theater on 6 May.

It will then be screened in theatres across America on 17 and 22 May.

The first part of the film focuses on the rise of Beatlemania in the United States and contains commentary from Berry, Mark Ronson, Aerosmith pair Steven Tyler and Joe Perry and Albert Hammond Jr and Nick Valensi from The Strokes.

It is followed by the 12-song set, which was originally broadcast to two million cinema-goers across America in March 1964, a month after it was recorded.

The footage then disappeared, but Screenvision, who are behind the new movie, say the original master tapes have been restored and remastered.