Robin Gibb in coma with pneumonia... 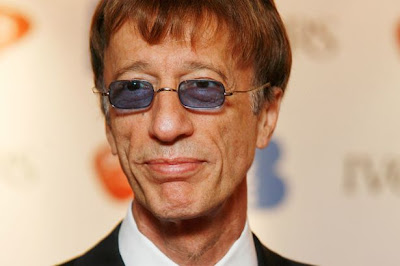 Bee Gee Robin Gibb remains in a coma at a hospital in London after suffering from pneumonia.

He has been recovering from cancer in recent months, but was too ill to attend a performance of his new work a few days ago.

"We are all hoping and praying that he will pull through," his website said.

In February, Gibb, 62, said he had been making a "spectacular" recovery from cancer but he was later readmitted to hospital for intestinal surgery.

The message on the homepage of his official website said: "Because of this situation, Robin's website is temporarily unavailable. Sorry for any inconvenience."

His Facebook page remains online and fans have been leaving messages of support.

Gibb's family have been keeping vigil at his bedside at a hospital in Chelsea, west London.

The British-born singer had surgery on his bowel 18 months ago for an unrelated condition, but a tumour was discovered and he was diagnosed with cancer of the colon and later of the liver.

It had been thought his cancer was in remission as early as last month.

On 11 April, Gibb did not attend the London premiere of his first classical work because of the pneumonia, his son said at the time.

The singer had also been due to perform a new song, called Don't Cry Alone, at The Titanic Requiem concert.