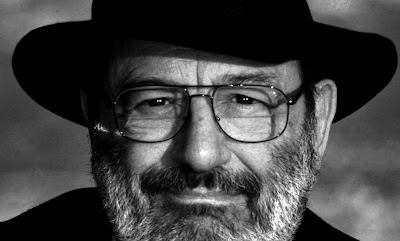 Italian Umberto Eco is among the writers nominated for the Independent Foreign Fiction Prize (IFFP).

His latest work The Prague Cemetery, a thriller set in 19th Century Paris, is joined by another Italian writer, Diego Marani.

Works by Chinese, Icelandic, German and Israeli authors are also in contention for the £10,000 prize.

The IFFP, which awards literature translated into English, announces its winner in London on 14 May.

Eco's novel, The Prague Cemetery follows adventurer and forger Captain Simone Simonini, who is called upon to investigate assassinations and political intrigue which affect Europe's future.

The author is best known for his book The Name of the Rose, which was made into a film starring Sean Connery.

Dream of Ding Village by China's Yan Lianke is about a community in China devastated by an Aids epidemic through contaminated blood and was banned by the Chinese authorities.

The other nominated authors include Germany's Judith Hermann and Israel's Aharon Appelfeld.

The second Italian author in the running for the honour, Diego Marani, tells a tale of a soldier who discovers his Finnish homeland through a rediscovery of language.

The IFFP also awards the translators and their ability to bridge the gap between language and culture, who are awarded half the £10,000 prize.

Previous winners of the award include Czech Milan Kundera, WG Sebald for his novel Austerlitz and Peruvian Santiago Roncagliolo, who won last year with Red April.