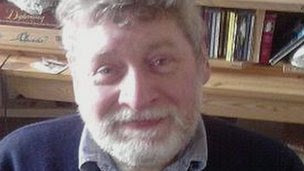 Nick Webb, the man behind Douglas Adams' best-seller The Hitchhiker's Guide to the Galaxy, has died, according to The Bookseller.

A publisher and author, Webb spotted Adams' talent while working at Pan in 1978 and persuaded him to put his radio series in novel form.

Following Adams death in 2001, Webb wrote the author's official biography, Wish You Were Here, in 2003.

Webb, who was in his sixties, leaves a wife and daughter, both writers.

Webb had a long career in publishing, including eight years at Simon & Schuster - but claimed, on his website, that he "never felt at ease" in the publishing industry.

"For most of my professional life I was a publisher, but not the kind of publisher in a crumpled corduroy suit and a book-lined office," he wrote.

"I was a commercial publisher with a brow below the socks, and I believed in trustworthy information or a good story rather than smart reviews."