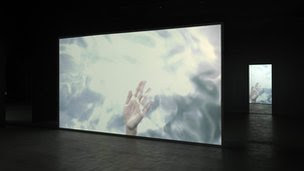 Douglas Gordon has become the first visual artist to have been nominated for a prize at the Royal Philharmonic Society (RPS) Music Awards.

The 45-year-old, who won the Turner Prize in 1996, has been shortlisted in the creative communication category for his film installation K364.

The winners will be announced at a ceremony in London on 8 May.

BBC Radio 3's Katie Derham and Petroc Trelawny will present the show and a special programme dedicated to the ceremony will be broadcast on Radio 3 on 13 May.

Abbado has been shortlisted for his performance of Bruckner with the Lucerne Festival Orchestra at the Royal Festival.

Pollini will contend with Marc-Andre Hamelin and violinist Christian Tetzlaff for the prestigious best instrumentalist prize.

Tenor Toby Spence, who sang the part of Russian poet Lensky in Eugene Onegin is shortlisted for the singer award alongside the soprano star Eva-Maria Westbroek, for her performance as Anna Nicole Smith.

Gordon's split-screen film installation K364, which explored "the battle between history and the fleeting beauty of music" has been on display at London's Gagosian Gallery.

The creative communication category also features the book, Gyorgy Ligeti: Of Foreign Lands and Strange Sounds, which was edited by Louise Duchesneau and Wolfgang Marx.

BBC Radio 3's Hear and Now Fifty, a year-long series of exploratory features on works by 50 composers from the second half of the 20th Century and the BBC 4 landmark series, Symphony, which looked at the symphonic tradition on television and radio, were also nominated.

Organisers said the annual awards ceremony is the "highest recognition for live classical music in the UK".