Released this week: Lee Ranaldo - Between The Times And Tides... 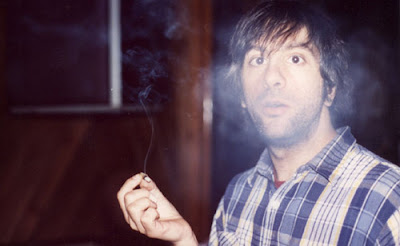 Lee Ranaldo - Between The Times And Tides (Matador)
There’s always been that air of expectancy around a new Sonic Youth album which, for many, at least partly focused on the prospect of Lee Ranaldo grabbing some rare microphone time from his spotlight-hogging bandmates and delivering another In the Kingdom #19 or Eric’s Trip. But one track per album was never, ever, enough. Thurston kept writing songs, though sometimes we wished he didn’t, but we wanted Lee to write some too. Well, now he has.

While those earliest examples of Ranaldo’s craft bristle and burn with his unique marriage of feral guitar squall and post-beat prose, it’s to later SY classics such as Murray Street’s Karen Revisited that we find the precursors for much of Between the Times and the Tides. The Byrds, Neil Young and R.E.M. are the inspirational touchstones here, rather than the abstractions of No Wave and the dissonant overloads of Glenn Branca and Rhys Chatham. The opening Waiting on a Dream even sprawls out on the riff from The Rolling Stones’ Paint it Black before encrypting some epic highway scenes, the asphalt arteries of America opening up like an overused metaphor for freedom and hope. It sounds like a doughnut pumped full of cheese, but, somehow, Ranaldo makes it work.

It’s a familiar pattern: flaws which initially seem awkward begin to make perfect sense after a few listens. That Fire Island (Phases) manages neat transition from a domesticated rewrite of The Dead C’s Scary Nest to a lap steel lovin’ honky tonk without batting an eye is a marvellous case in point. And while Stranded’s lyrics are a little clunky ("Don’t want to throw a wrench in the works / But this whole town here is full of jerks / If a cloud is in your eye / I’ll remove it from the sky") it remains a touchingly poignant psychedelic hymnal in the vein of Damon & Naomi, with guest guitarist Nels Cline artfully filling in for Michio Kurihara.

Naturally, the influence of Sonic Youth pervades, with Angels’ strident, chopping chords sounding like a prime cut from Goo despite the vamping presence of John Medeski’s keys. Ranaldo’s partner Leah Singer reels out a stream of consciousness monologue during Shout’s tumultuous mid-section that recalls a peaceable visitation on some of the freak-outs from EVOL.

But despite this mildest of flirtations with discordance, Between the Times and the Tides cruises pretty straight, especially for those expecting an unbridled dose of experimentation from a string-slinger well known for his endless collaborations with free jazzers and noise conceptualists. But once you get over the initial shock, and some negligible lyrical lumber, you’re left with one mighty fine rock’n’roll record. - Spencer Grady (BBC)