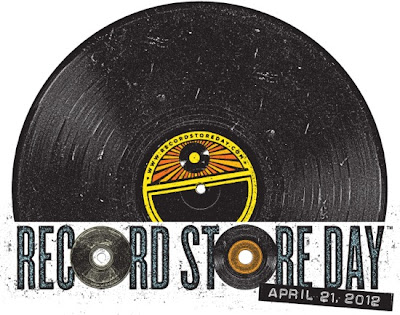 Noel Gallagher and Abba are among the artists releasing material for this year's Record Store Day.

Just 2,000 copies of the 12" vinyl will be produced, featuring tracks only previously available as b-sides.

Abba will put out an rare remix of Voulez-Vous, while the BBC is issuing an album of Doctor Who sound effects. The event takes place on 21 April.

More than 200 record stores in the UK and Ireland will take part, while 350 exclusive releases have already been lined up.

The aim of the day is to promote local independent shops, which have suffered in recent years due to competition from supermarkets and online retailers.

This year's event was launched by John Lydon, whose band PiL will be releasing an EP of new material on the day.

He said: "The destruction of the music industry is because people can't buy records easily.

"A record is for life. A download is a lack of life. A poor substitute for a real wife!"

Organiser Spencer Hickman said the aim of the day was to celebrate the "character and individuality" of independent retailers.

"There's nothing to beat the enthusiasm and atmosphere of a great record shop," he added.

Many of the exclusives being prepared for Record Store Day are being released on vinyl, appealing to collectors and audiophiles alike.

Several are putting out rare or unreleased material - including Richard Hawley, who will premiere new song Leave Your Body Behind You.

Mercury nominees Metronomy have recorded woodwind versions of their songs Black Eye Burnt Thumb and You Could Easily Have Me.