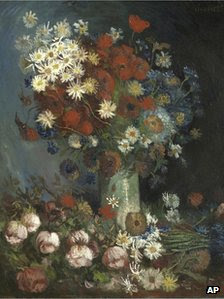 A work once thought to be by Vincent van Gogh but later dismissed has now been confirmed as an authentic painting by the Dutch master.

Still Life With Meadow Flowers and Roses, originally considered a Van Gogh, has belonged to a Dutch museum since 1974.

But doubts crept in due to the painting style and the unusual canvas size and it was discredited in 2003.

However, experts have now authenticated the painting using an X-ray technique.

The painting has now been hung in the Van Gogh section of the Kroeller-Mueller museum in Otterlo for the first time.

The work is thought to have come from the period when Van Gogh's lived with his brother Theo in Paris from 1886. 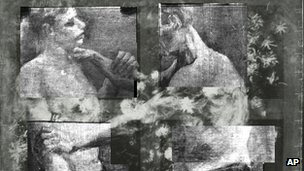 Van Gogh originally painted a canvas of two wrestlers and then painted Still Life With Meadows and Roses over it.

The brush strokes and pigments pointed to Van Gogh.

Researchers also discovered the large canvas was a standard format for figure paintings at the Antwerp academy where Van Gogh studied at the time.

He said the wrestlers posing half-naked in the original painting was characteristic of the Antwerp academy at the time.

Van Gogh also wrote to his brother saying that he was pleased with how the wrestler painting had turned out.

But he later painted directly over it which experts say accounts for the "uncharacteristic exuberance" of the floral still life.