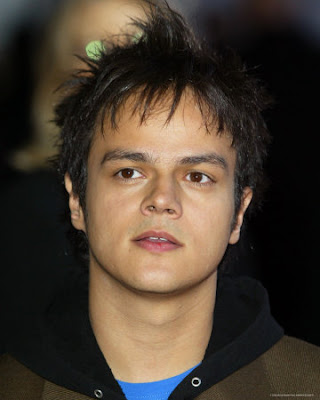 Pianist Jamie Cullum has taken a novel approach to revealing his Desert Island Discs - performing three of the tracks himself on the Radio 4 show.

The musician's appearance on the show was recorded at BBC Radio 4 More Than Words Festival in Bristol last weekend.

But Cullum did not follow the example of Norman Wisdom, Rolf Harris and Gary Glitter who all chose to take their own records to the fictional island.

The three tracks he performed were all compositions by other acts.

It was the first time in the show's history that a musician has performed the songs he would choose to take to the island.

The 32-year-old refused to take a piano as his luxury, calling it "too boring a choice", opting for paper and pencils.

When asked about his marriage to former model Sophie Dahl, Cullum said he "didn't entertain" the thought of them getting together when they first met at a charity concert.

"I assumed that everyone who met her would fall in love with her so I didn't necessarily think it would be my place so I played it pretty cool," he said.

"But I thought she had balls to sing in front of these noisy people drinking tons of free drinks."