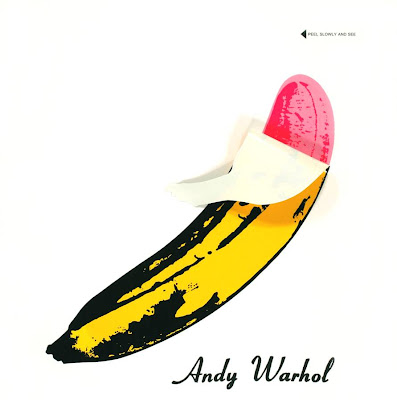 As previously reported, reps for Lou Reed, John Cale and other former Velvet Underground members began legal proceedings against the Foundation in January over its commercial use of the banana image originally created by Warhol for the cover of the 1967 album 'The Velvet Underground & Nico'.

There is a dispute over who owns the copyright in the image, though the band's lawsuit centred in the main on a concern that when the Foundation allows third parties to use the banana picture it implies endorsement by former members of the musical outfit, citing claims under trademark law. The slightly confusing copyright element of the case was amended by the claimants last month, making the trademark element all the more important.

In their bid to have the case dismissed, reps for the Foundation claim that trademark protection is only available to going concerns, and that as the band split in 1972 they haven't been a going concern for a very long time. They also say that the band's main gripe regarding the licensing of the banana image relates to an Absolut vodka advert eleven years ago, but that - the defendants argue - does not constitute "ongoing licensing activity", as claimed in the original lawsuit.

It remains to be seen how the judge hearing the case responds.