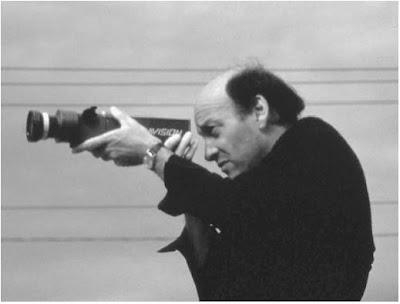 Lester, who directed the Beatles films A Hard Day's Night and Help! in the 1960s, was presented with the award last week by BFI chairman Greg Dyke.

Dyke said Lester had "enriched the lives of millions with his brilliantly surreal humour and innovative style".

"When my career was just beginning, the elegant TV critic Bernard Levin came to see me in rehearsal with Spike Milligan and Peter Sellers," said Lester.

"He wrote: 'He seems an amiable young man who climbed into a lion's cage and realised he's forgotten his chair and his whip.'

"Some 50 years later, I still haven't found the whip. But with this extraordinary honour, the BFI has kindly given me a chair."

Born in the US in 1932, Lester moved to the UK in 1956 where he began working with Milligan and Sellers.

The comedy pair were seen in the 1956 TV series A Show Called Fred, among other collaborations.

After the success of the Beatles films, Lester went on to win the Grand Prix at Cannes in 1965 for The Knack... and How to Get It, starring Rita Tushingham and Michael Crawford.

In the 1970s he directed such major Hollywood films as The Three Musketeers and Robin and Marian.

His other screen credits include Superman II and III and A Funny Thing Happened on the Way to the Forum.

In 2010 Lester donated his archive to the British Film Institute, citing a "long association" going back "over 40 years".

"The organisation has always been very helpful to me," he said at the time. "It is a pleasure for me to be able to offer them the detritus of my working life."