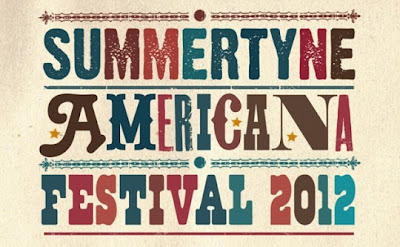 Back for its 7th year, SummerTyne Americana Festival is one of the most important annual Americana events in Europe, attracting visitors from across the world for a sizzling celebration of Americana music in and around the spectacular setting of The Sage Gateshead, on the south bank of the river Tyne.

As General Director Anthony Sargent explains, “The Sage Gateshead’s SummerTyne Americana Festival has now become a firm annual fixture in the calendars of Americana lovers – this year we’re looking forward to welcoming them all back to another celebration of this uniquely distinctive musical treasure trove.”

This year’s highlights include the legendary Americana star John Hiatt & The Combo. Having been nominated for several Grammy awards and released eighteen studio albums, Hiatt remains one of America’s most influential singer songwriters. Over a career spanning nearly four decades his songs have been covered by a staggering array of artists from Bob Dylan and Eric Clapton right through to Chaka Khan and Iggy Pop.

Also confirmed is legendary queen of rockabilly Wanda Jackson; the first female rock ‘n’ roll star, she recently enjoyed a career revival with honours from the Rock and Roll Hall of Fame and the Americana Awards. Her supporters include Bruce Springsteen, Elvis Costello and Jack White. Wanda worked with Jack on her latest release ‘The Party Ain't Over’. She remains a unique live artist and will be supported by the sunny sounds of Jenny O.

Throughout the weekend there will be music from Darrell Scott, a multi-talented American musician and singer songwriter whose profile has increased dramatically since his key role as part of Robert Plant's ‘Band Of Joy’ in 2011; Michael Chapman, a remarkable British singer and guitarist with significant American influences; Lera Lynn, singer songwriter from Athens, Georgia, who has been acclaimed as one of the brightest new names in Americana; hip-shaking rhythm and soul band Vintage Trouble supported by American soul singer and songwriter Jeb Loy Nichols; plus there will be the exuberant southwest Louisiana's Pine Leaf Boys Cajun dance.

SummerTyne Americana Festival is an annual celebration of Americana music and has attracted internationally acclaimed stars such as Lyle Lovett, Irma Thomas, Raul Malo, Rosanne Cash, and Solomon Burke. One of the most popular features of SummerTyne Americana Festival is the Jumpin’ Hot free outdoor stage where you can settle in with a margarita for the best in country, blues and rock ‘n’ roll. Or join the best regional artists for an afternoon of sizzling music with the free SummerTyne HomeFries outdoor stage.

Enjoy a lazy sunny afternoon on the musical SummerTyne Boat for a cruise down the Tyne with live performances from some special festival guests on board. There will also be Americana inspired food and margaritas galore from the SummerTyne Street Kitchen.

Once again The Sage Gateshead is proud to be working in association with The Americana Music Association.

SummerTyne Americana Festival has been granted the Inspire mark, the badge of the London 2012 Inspire programme.