Released this week: John Foxx & The Maths - The Shape Of Things... 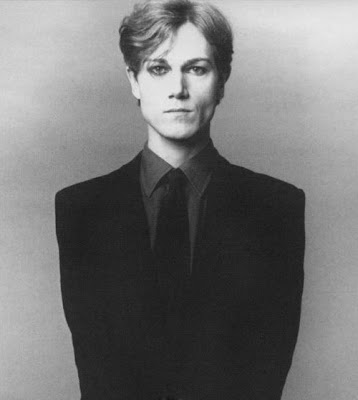 John Foxx & The Maths - The Shape Of Things (Metamatic)
Shape Of Things is a collaboration between John Foxx and electronic composer and synthesizer collector, Benge (Ben Edwards). The latter is best known for his 2008 album Twenty Systems, which was described by Brian Eno as a brilliant contribution to the archeology of electronic music.

The follow-up to their critically acclaimed Interplay album (2011), was recorded and mixed at Benge's studio in London. Like Interplay, it's the sound of analogue synthesizers and drum machines - and on one track feedbacking guitars played by Foxx himself. There's a raw, experimental edge to much of the material on the new album, which is linked together by a series of instrumentals. Although not overtly autobiographical, the tone of the songs is a lot more reflective and emotional than their previous work. Many of the lyrics explore feelings of loss over opportunities and lovers missed - possible futures that remain unlived. The electronic music created out of machines built 30 or 40 years ago creates an atmospheric, rough-edged accompaniment for this set of feelings and atmospheres.

It's both analogue and forward-looking; echoes from the past but also still futuristic - a strange push and pull that mirrors the words perfectly. For the new shows Foxx and Benge will be joined on stage by two performers who are also solo musicians in their own right - Serafina Steer (Keyboards, Bass) and Hannah Peel (Keyboards, Violin).