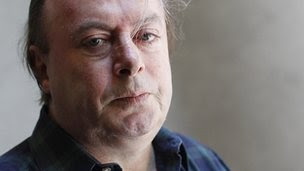 Author Christopher Hitchens has been given a posthumous nomination for this year's Orwell Prize for political writing.

The writer, who died in December, has been longlisted for the second consecutive year for his collection of essays, titled Arguably.

The award recognises work which comes closest to George Orwell's ambition "to make political writing into an art".

Also longlisted for a second time is Anatol Lieven, for Pakistan: A Hard Country, who first appeared on the longlist in 1994.

Other authors making the list include Sherard Cowper-Coles, the British ambassador to Afghanistan from 2007-10, for Cables from Kabul; Sonia Purnell's critical biography of London Mayor Boris Johnson and Richard Lloyd Parry's account of the murder in Tokyo of British woman Lucie Blackman.

The 18 longlisted titles were picked from 264 submissions which were whittled down by a judging panel which included 2002 prize winner Miranda Carter.

Blog and journalism prizes will also be awarded.

Orwell Prize director Jean Seaton said: "In these uneasy times the Orwell Prize just goes on growing - more books, journalism and blogs have been entered than ever before.

"It is testimony to the enduring appeal of Orwell's clear-eyed radicalism."