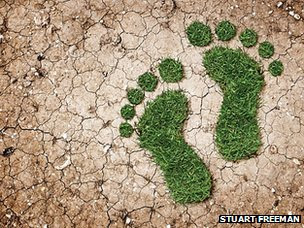 The British Institute of Professional Photography (BIPP) may ban judges from entering its annual competition after four of the seven won prizes.

Current rules state judges are not allowed to oversee a category in which they have entered.

"Having judges enter hasn't been an issue in the past, but as queries have been raised, we'll look at reviewing the processes for next year," BIPP's Hilary Harper told the British Journal of Photography. (BJP).

The annual awards celebrate the best work from the UK and abroad.

Artemenkov received three prizes including gold awards in the fashion and non-commissioned categories and a bronze in fashion.

Wilson won a silver and bronze prize in the wedding category, as well as another bronze in photojournalism.

Wood also received a bronze award for photojournalism, while Mayfield was awarded a further four awards including a gold, a silver and two bronze titles in the abstract, fashion and people categories.

Photographer Stuart Freeman, who won a bronze award in the advertising category, told the BBC he was "very disappointed" when he learned judges had been allowed to enter.

He said there had "always been whisperings" which had never been substantiated until the BIPP produced a book of winning images, along with the list of judges.

"It was an avoidable situation. The competition has lost its credibility - I can't really see how people would want to be part of it next year," he said.

Mr Freeman added he would be handing back his award unless the BIPP changed its rules.

"It's not enough to say they're considering a rule change - they've not acknowledged there's a problem. They're meant to be the self proclaimed voice of the industry, but they're not listening to the voices out there.

"I'm not saying the awards were rigged, but they shouldn't be in a position where there are questions over it."

The BIPP told the BBC although the judges were not excluded from entering the competition, "strict procedures are in place to ensure that the judging process is open, fair and unbiased".

Images were scored separately by five judges with the scores averaged and ranked, while images eligible for photographer of the year were judged again separately by independent judges.

The BIPP added all the images were placed anonymously before each judging panel without the identity of the photographer revealed to them.

"We cannot guarantee that entrants will be satisfied by, or agree with their score, or the scores achieved by their contemporaries," it said.

"But we do guarantee that all awarded images are fairly chosen after a fair, rigorous and lengthy judging procedure."

However, photographer John Godwin commented on the BJP's website the notion the images were anonymous was "laughable".

"A photographer's individual style may as well be a photograph of the photographer themselves. It's impossible to hide, and the defence that the judges aren't aware of who they're voting for is ridiculous," he said.

"If that's the case, and they truly aren't aware, then they don't deserve to be on the panel in the first place."

The BBC contacted Richard Mayfield, but he declined to comment.

All the winning images form this year's competition will be exhibited in the north west of England over the summer.