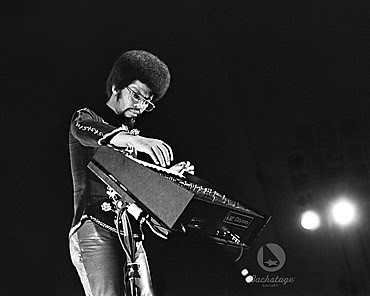 Herbie Hancock has announced the inception of International Jazz Day as part of his role as a Unesco Goodwill Ambassador.

The day will include concerts in Paris, New Orleans and New York, and jazz-related events across the world.

Pianist Hancock said the annual event will mark the "international diplomatic aspect of jazz" and how it brings countries and cultures together.

The date coincides with the last day of what has been celebrated as Jazz Appreciation Month in the US.

The Grammy-award-winning musician was named the Unesco ambassador for the promotion of Intercultural Dialogue last year.

He plans to kick off the musical day with a sunrise concert at New Orleans' Congo Square, the birthplace of jazz.

Local jazz musicians, such as Terence Blanchard and Ellis Marsalis, are also set to participate.

Hancock will then fly to New York for a sunset concert, which will be hosted by Morgan Freeman, Robert DeNiro, Michael Douglas and Quincy Jones.

"I'm really excited about International Jazz Day because so many artists from various countries and genres have a connection to jazz and will be able to honour this music that has had a profound effect on them," Hancock said.

"I hope that this day spreads the joy of spontaneous creation that exists in this music."

"Jazz has been the voice of freedom for so many countries over the past half century," he added.