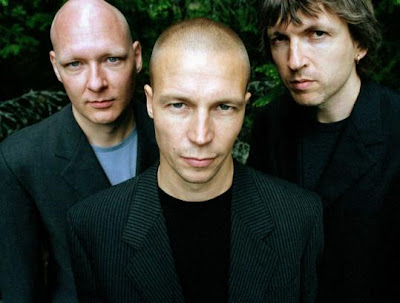 Esbjörn Svensson Trio - 301 (Act Music)
Following the posthumous release of Leucocyte in 2008, only months after the untimely death of pianist Esbjörn Svensson, it seemed as though that album would represent e.s.t.’s final studio statement. Now, nearly four years later, 301 has emerged. It was recorded during the same sessions, whilst the Swedish trio were touring around Asia and Australia. The disc is named after the 301 Studios in Sydney.

This is no sweeping-up of studio off-cuts. This is one of e.s.t.’s greatest albums, and even arguably their ultimate work, in every sense of the word. It represents a colossal achievement, as they take their final bow. The 2007 material might be extremely varied in tone and approach, partly out of necessity, doubtless governed by the available recordings, but this circumstance works to the album’s advantage. It’s a summation of where the trio had been, and also of where these perpetually evolving players were heading next.

Before his death, Svensson was actually involved in the editing down of the sessions into what might have been a double album. In the end, surviving members Magnus Öström and Dan Berglund elected to delay the release of 301. Regular sound engineer Åke Linton was also a key presence in the recording, editing and mixing process.

Once more, there’s a cut to pure piano grace with Part I of Three Falling Free. The lengthy Part II is the album’s other sheer classic ripper, amassing a percussive density that approaches an Afro-Latin feel, the bass distortion growing, a driving rhythm set up for Svensson’s epic gestures, propelling towards a gargantuan climax. Not surprisingly, this is followed by the tender ballad of The Childhood Dream, as all facets of e.s.t. are continually revealed. - Martin Longley (BBC)