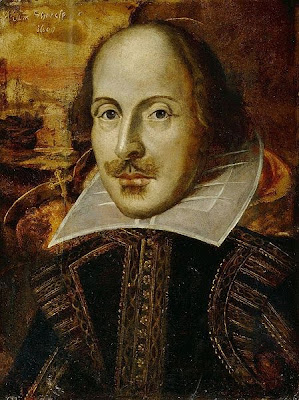 Shakespeare's Restless World will explore the bard's life, work and the period he lived in by examining a number of objects from the era.

"This series gives us a chance to understand what life was like in the turbulent world of William Shakespeare," Mr MacGregor said.

The series starts on 16 April.

It will be supported by an exhibition at the British Museum, which is part of the London 2012 Festival - the cultural element of the summer Olympics.

Mr MacGregor said the series would discuss how Shakespeare's plays were viewed in his own lifetime, and how the public helped shape his later works.

It will also look at how Elizabethan playgoers made sense of the world around them, at a time of political and religious unrest and economic expansion.

"The 1590s were extraordinary because you have an England where nobody knows what the future is going to be," Mr MacGregor said.

"What was interesting about Shakespeare's theatre is, it was the first theatre written for everybody. The public theatre was the new medium in the 1590s, it's like writing for television in the 1960s."

He added that Elizabethan society had a lot of parallels with 21st Century Britain.

"Knife crime was a big problem in Elizabethan London," he said, "and Romeo and Juliet is all about that."

"If you start thinking about Romeo and Juliet in terms of civil disorder and public knife crime, it's another important dimension. That's why Shakespeare's theatre is so edgy."

The objects featured in the programme will include a medal commemorating Sir Francis Drake's circumnavigation of the world and a fork excavated at the Rose Theatre on London's South Bank.

They have been collected from institutions from around the country, including Westminster Abbey and the British Library.

It is hoped the series will build on the template of MacGregor's previous Radio 4 series, A History Of The World In 100 Objects.

The project won the Art Fund Prize and spawned a bestselling book which has been translated into more than a dozen languages.

Speaking at the launch of the Shakespeare series, BBC director general Mark Thompson praised the collaboration between the corporation and the British Museum.

"It's amazing its taken 80 years to find each other," he said, adding that the two institutions had similar goals of "universal openness and universal appeal".

"Somebody said to me the thing about the partnership is we know it works now, so we're having fun with it. I hope the fun continues."

Shakespeare's Restless World runs from 16 April - 11 May on BBC Radio 4, and will be available to listen to online and download permanently.